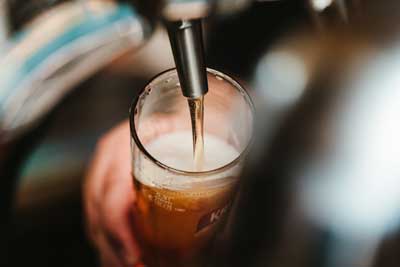 At Feith we strive to live by the Work Hard, Play Hard philosophy. That’s why no one at Feith was surprised when a handful of us took a few hours Friday afternoon to create our own Feith-branded craft beer. 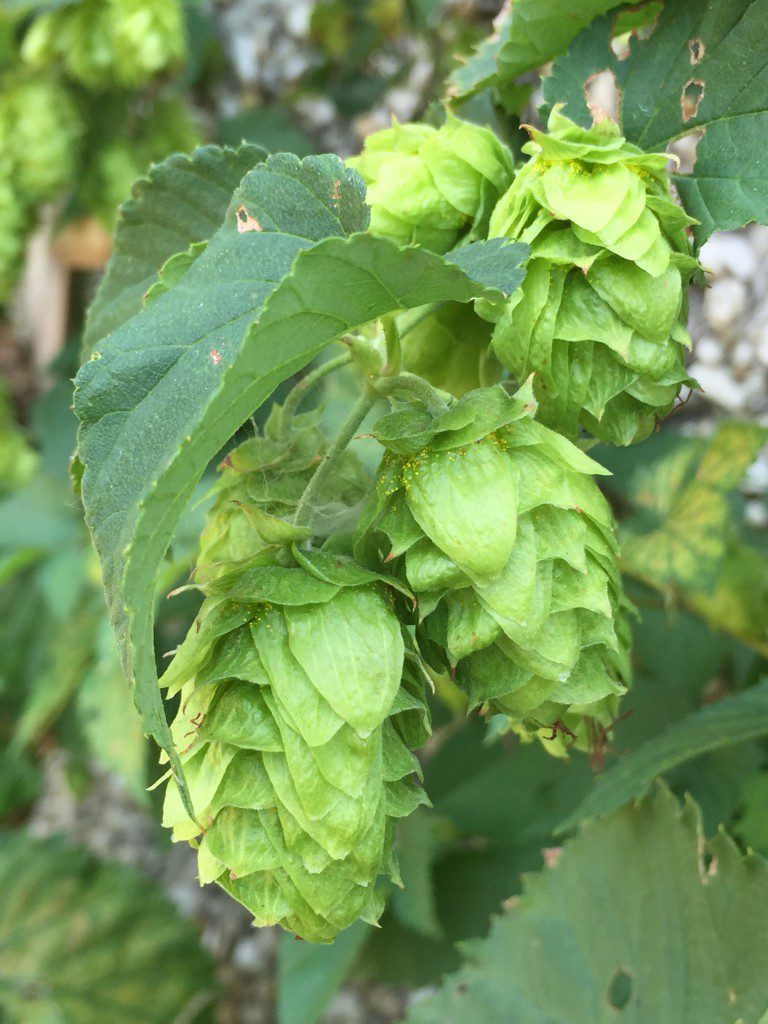 Our lead graphic designer, Jessica Cohen, was in attendance.

She was kind enough to take some envy-inducing pictures and even copied down the recipe so we could enjoy the experience.

How does one home brew their own Feith Beer?

First, you want to start by growing your own hops– preferably at your place of employment à la Senior Software Engineer, Tom McLean.

Tom is the master of this operation, and he swears by preparing the beer in an 8-gallon turkey fryer.

It took the water about an hour to get to the optimal temperature (about 165 degrees Fahrenheit).

Then Tom turned off the heat, and steeped a bag of roasted grains for half an hour before removing them. After the grains are removed, the concoction is brought back to a boil and malt extract is added.

Next came the first .25 oz of hops. The pot was left to boil for another 30 minutes, after which .25 oz more of hops were added.

This process was repeated twice more.
Once the boiling process was finished, the copper coil was placed in the pot and cold water was run through it to cool down the contents.

And there it sat for several months. Feith beer was debuted last week at our end-of-summer picnic. Tom tapped the keg and everyone was welcome to sample.